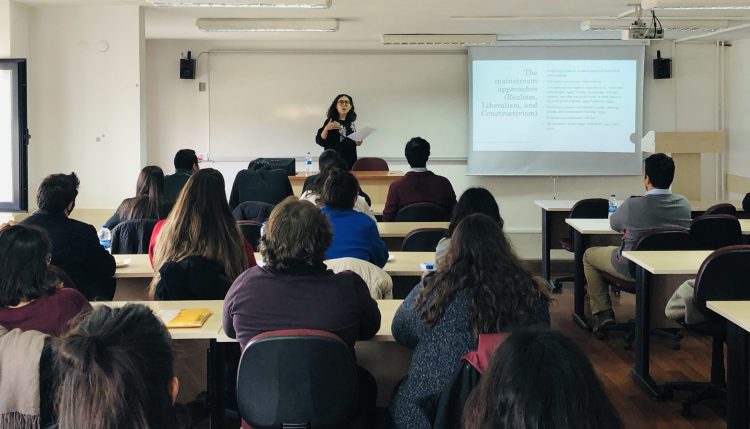 In the modern era, war has been one of the crucial phenomena constituting and reconstituting world affairs. Hegemonic and sometimes dissident approaches in the discipline of International Relations (IR) have examined social, economic, political, and ideological causes and consequences of war by either accepting the inevitability of it or offering an alternative to maintain lack of it. However, the significant majority of same approaches have not attempted to conceptualize revolution in their research framework despite the internal and dynamic relationship between revolution, war, and international relations. This presentation argues that historical materialism aims to recombine geopolitical and sociological modes of explanation with its approach to revolution and war in relation to class relations. By borrowing from historical materialism, this presentation revisits War of Independence in Turkey between 1919 and 1922 as the first part of bourgeois revolution. By doing so, it offers a consistent and coherent theoretical and conceptual framework that transcends the perceived distinction between the domestic and international spheres, and the perceived separation among social, economic, political, and ideological relations and forms, in order to explore revolution as a particular sociohistorical form of war in international relations. 4th All Azimuth Workshop on Dialogue in Core-Periphery IR  Seminar: The Korean Peninsula: The Present and the Future